Petaling Jaya is a major city originally developed as a satellite township for Kuala Lumpur. It has a population of estimated 550,000 residents. It is located in the Petaling District of Selangor and was granted city status on 20 June 2006.

Due to its close proximity to Kuala Lumpur, Petaling Jaya remains a popular choice amongst KL city dwellers and visitors alike. Aside from being extremely convenient to get to the city centre from here, Petaling Jaya with its abundance of shopping and dining areas is also popular amongst ardent shopaholics and dedicated foodies.

The development’s spill over from KL city has encroached into PJ areas especially in the light of commercial belt and high rise residential activities. Certain strategic areas for commercial activities such as section 13 in Central region of PJ has prompted the authority (MBPJ) to initiate rezoning exercise under MBPJ Special Area Plan (Rancangan Kawasan Khas, or RKK). The development of high-rise stratified schemes namely condominium and service residence in PJ has lately become popular with many boutique Developers jumping on the bandwagon to launch the similar projects. On top of that, the presence of various universities and colleges in PJ area especially in Section 14, Section 13 & Section 20  have filled this areas up with many college students and youngster who have turned this corner of the city to be more vibrant and hip.

PJ, an area of approximately 97.2 square kilometres is divided into several regions and sections. There are 3 main regions in PJ which is Northern region or Petaling Jaya Utara (PJU), Central regions which comprise of several sections. Some sections have their own names (SS1 is Kampung Tunku), while other sections are grouped together (SS4, SS5, SS6, and SS7 are part of Kelana Jaya). And finally Southern region or Petaling Jaya Selatan (PJS) which is mainly bordering Sunway and Subang Jaya areas. 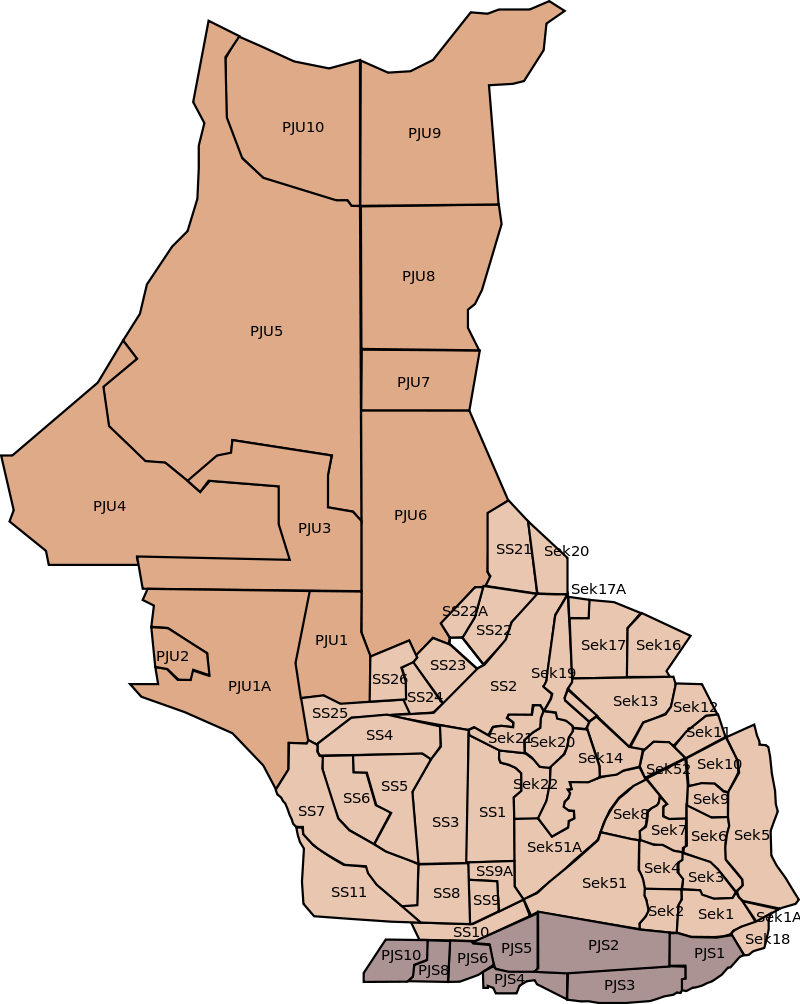 Close to the Kelana Jaya Line's Taman Jaya Station are the Petaling Jaya Museum Thai Wat Chetawan temple. This ornate building is very popular amongst the Buddhist community. A short drive ahead is PJ State, the nickname for the Central Business District of Petaling Jaya with the landmark Menara MBPJ as a focal point. PJ State is more formally referred to as PJ New Town.

Damansara is the main shopping hub of Petaling Jaya with many of the city's shopping malls being located there. Some of the notable shopping malls in the city include The Curve, Ikea, Ikano Power Centre (IPC), One Utama, Tropicana City Mall, Empire Damansara, Sunway Pyramid and Paradigm Mall. 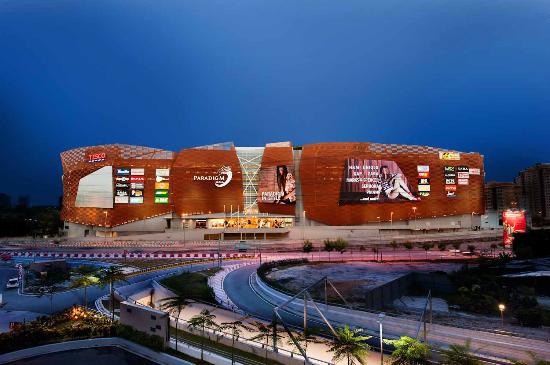 Section 13 is slowly being transformed into a mixed-use development enclave from industrial area under the MBPJ Special Area Plan (Rancangan Kawasan Khas, or RKK).   The area covers 101.96ha and is served by three major roads — Jalan Universiti, Jalan Kemajuan and Jalan Semangat. The change in Section 13’s identity over the years has resulted in some people calling it PJ Central, due to its location and easy access via highways such as the Federal Highway, Lebuhraya Damansara-Puchong and Sprint Highway.
Currently, there are several planned and ongoing projects in Section 13, most of which are mixed-use developments. General Ampang is a vibrant township located next to KL. With a population of approximately ...